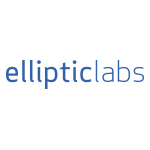 INNER BEAUTY first shook up the smartphone market in 2016 with its
inclusion in Xiaomi’s Mi MIX, a partnership that produced the world’s
first bezel-less screen. Using ultrasound, sensor fusion, and machine
learning, INNER BEAUTY eliminates the need for sensor holes, notches, or
other elements required by traditional proximity hardware sensors. In
addition to improving the look of phones like the new OnePlus 7 Series,
INNER BEAUTY is also capable of providing gesture recognition and
presence detection features to OEMs and IoT markets.

“Smartphone buyers today are demanding that their phones — particularly
high-end products like the new flagship OnePlus 7 Pro — not only be
beautiful but also deliver more features than older phones,” said Laila
Danielsen, CEO of Elliptic Labs. “It’s clear that OnePlus has pulled out
all the stops to create an outstanding new series for their customers in
34 countries around the globe.”

Optical hardware proximity sensors have been around since the dawn of
the smartphone and are used to turn off the screen and disable touch
functionality when a user is in-call. Since they typically rely on
infrared hardware sensors, they require unsightly holes on the front of
the phone in order to function. In contrast, Elliptic Labs’ patented
software-based virtual smart sensors possess no such handicap, providing
cleaner design while simultaneously offering support for additional
features such as gesture and presence detection through its proprietary
fusion of sensor data, AI, and machine learning.

INNER BEAUTY is a registered trademark and Virtual Proximity Sensor is a
trademark of Elliptic Labs. All other trademarks or service marks are
the responsibility of their respective owners.

Use code CEN to get 15% off Ewin gaming chairs

You may have missed